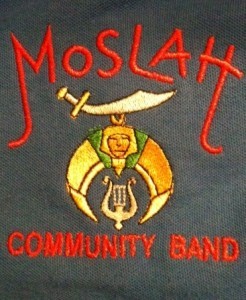 The Moslah Shrine Community Band is made up of both Shriners and community members that are at least eighteen years old and who have had some experience playing a band instrument. The desire to play music is the basic requirement for membership and all levels of musical abilities are welcomed. 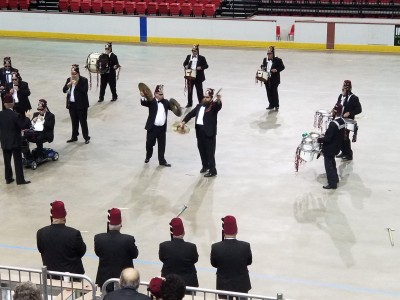 Who Are The Bedouins?

In reality, the Bedouin are a tribe of people in the Arabian, Syrian, or northern African deserts who, in ancient times, seized Kaaba, the sanctuary at Mecca, and proclaimed themselves its guardians.

The Moslah Bedouins, originally chartered in 1946, is one of the oldest units in existence and server some of the same purposes as our namesake. Ours is the public side of the Shrine’s “Sons of the Desert” identity. Our performance instruments include a number of percussion pieces ranging from bells, cymbals, tambourines, quad drums, bass drums accompanied by the musettes, a simple to learn horn. 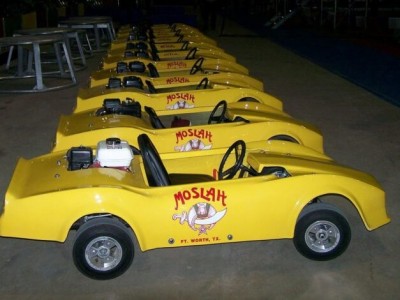 The Car-Vettes were formed in 1979 for Nobles who enjoy participating in parades but prefer riding and performing in a corvette like automobile. We are a performing Unit immediately recognized by our “little yellow cars”. The Car-Vettes lead the Grand Entry into every performance of the Shrine Circus and compete against other motorized units throughout Texas annually in Texas Shrine Association (TSA) Drill Competition as well as the Texas Shrine Motorized Patrol Association (TSMPA) Obstacle Competition. 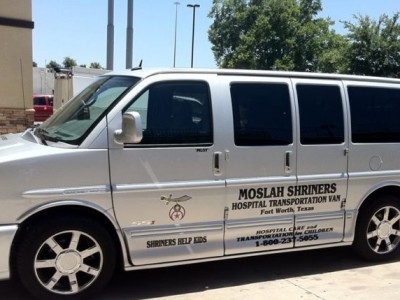 Chartered in 1989, Moslah’s newest association was formed to perform a task essential to the Shrine’s mission to provide transportation of patients to Shriners Hospitals for Children.

The Flying Fez operates Moslah Shrine Center’s van for transporting patients requiring treatment in our Hospitals. Members are available on a stand-by or scheduled basis to provide transportation as needed. We typically travel to Houston, Galveston and Shreveport Hospitals. 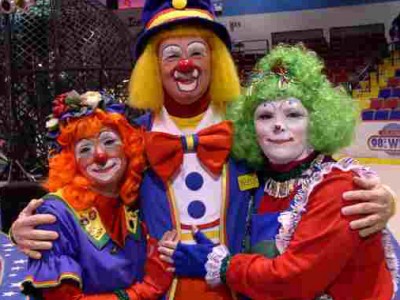 Chartered in 1968, the Clowns serve as active ambassadors in the Shrine. Seen regularly in local parades and civic events, the Clowns are available on demand to join festivities at local school carnivals and, if requested. Moneys collected as a result of Clown activities make the Clowns (and Moslah Center) a leading contributor to the Children’s Hospitals blood fund.

The Directors also have responsibility for a function essential and memorable to all new initiated (Novices) of Moslah Shrine Center. The Directors produce and control the initiation of New Members in the spirit of the Shrines’ traditional founding; recreation and frivolity. 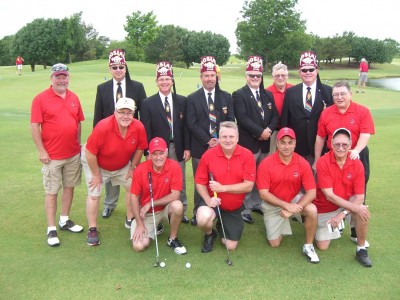 The Golf Unit was formed in 1979 to provide an outlet for member golfers and their guests to “practice” regularly for the Texas Shrine Golf Association’s annual tournament. All active members are eligible to compete at the tournament held in early June during the Texas Shrine Association convention. The convention is rotated throughout the state.

The Legion of Honor is a select group of Shriners to join, a Moslah Shrine Noble must possess a current Active Duty ID Card from a branch of the U.S. Military or have received an Honorable Discharge from the Armed Forces of his Country 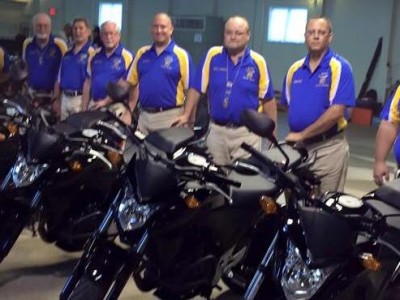 While we are most known for the distinct sound of the KZ 440, we are most proud of our support of the Temple and our hospitals. None of this would be possible without the support of our Ladies and families. We greatly appreciate all that the Ladies do for the Nobles of the Unit and do our best to include them at every turn. We also strive to include non-riders in the Motor Corps. For those that do not ride – or do not ride yet – we invite social members to join us and participate in all of our functions, and support our efforts in competition. There is an opportunity for most any Noble to find a significant role within the Motor Corps. 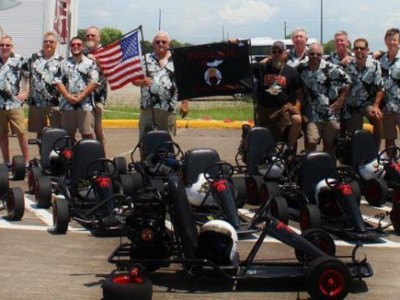 The Mystic Wheels are one of the fastest growing units of Moslah Shrine Center. This unit is dedicated to FUN, FAMILY ACTIVITIES, the SUPPORT of SHRINE and MASONIC CHARITIES, and the riding of great performing go-karts!

Membership is open to all Nobles of Moslah that share the same idea of having fun and working for a great cause. The Mystic Wheels include the family in all our activities such as our Friday dinner club, the Yacht Club, and all “playdays”. The unit is active in the community and holds true to its Masonic values of Faith, Fraternity, and Relief. 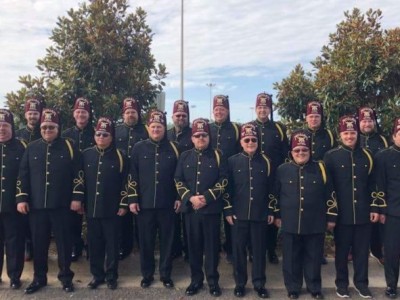 The Military Drill that we perform is a silent, close order, precision drill. It is composed of 24 Active Members, lasts approximately 10 minutes, and consists of over 1200 steps. During the year, we practice hard to achieve precise perfection of this drill. Each year we enter a statewide competition of the Texas Shrine Association (TSA). Moslah Patrol takes great pride in its rich history of winning that statewide competition, and has won more state championships than any other Patrol Unit in Texas.